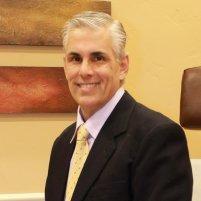 Gastric bypass surgery is the most common obesity surgery in the United States. Obese adults in San Antonio and the surrounding area can come to Rincon Surgery to take advantage of the experience and compassionate demeanor of bariatric surgeon, Dr. Jorge Rincon, in providing this procedure. Call the office or click to book an appointment to find out whether you’re a candidate for this surgery that can change your life and improve your health.

Dr. Rincon performs gastric bypass surgery via the Roux-en-Y procedure, which is generally considered to be the best surgical procedure for the treatment of morbid obesity in the United States. He reduces the functional portion of your stomach, which is normally the size of a football, to a pouch that’s the size of a golf ball. Then the first portion of the small intestine is divided, and the bottom is attached to the small stomach pouch, creating a limited route through which food can pass.

In addition, you eat less because your stomach is smaller and causes you to have a sensation of fullness after eating only a small portion of food.

Who is a candidate for gastric bypass surgery?

Your body mass index (BMI) helps Dr. Rincon determine if you’re a candidate for gastric bypass surgery. BMI is a calculation of the ratio of your height and weight that’s used to estimate body fatness.

To be a candidate for Roux-en-Y gastric bypass surgery, you must have a BMI of at least 40, or a BMI of 35 if you also suffer from certain significant medical conditions, such as diabetes or hypertension.

You usually stay in the hospital for two days after surgery. You follow a liquid diet with protein shakes for the first few days after gastric bypass surgery, and then advance to a pureed diet. Since dehydration can be a concern, the team asks patients to take in at least 32 to 48 ounces of liquid daily after the surgery.

Approximately one month after surgery, you begin to eat more regular table foods. You learn how to eat differently, which involves chewing food carefully and drinking most liquid between meals, rather than with your meals. You’ll also discover that eating the wrong foods, such as sweets or fatty foods, can make you ill. About three months after surgery, you’ll have transitioned to your long-term maintenance diet.

How much weight can I lose with gastric bypass surgery?

You experience the most rapid weight loss during the first month, sometimes at the rate of 20 pounds a month. The process isn’t easy, however, as you may face cravings and feel low on energy due to the decreased calorie intake.

Many patients lose 75-80% of their excess body weight within the first two years after surgery.

If your size is affecting your health, call Rincon Surgery or book an appointment online to find out whether you’re a candidate for gastric bypass surgery.